& the importance of representation and humanity

Afrofuturism can be defined as a movement in literature, music and art featuring futuristic or science fiction themes which incorporate elements of black history and culture. But this definition does not capture the beautiful inclusiveness of Afrofuturism nor its application in South African art.
Perhaps a more inclusive definition would be that from Greg Tate who suggests that Afrofuturism is “an art form, practice, and methodology that allows black people to see themselves in the future despite a distressing past and present”. Some artists that represent this movement are Sun Ra, Wangechi Mutu, Parliament-Funkadelic, Samuel R. Delany, NNedi Okorafor, Greg Tate, Tim Fielder, and many more.
One of the more popular examples of current Afrofuturism is Marvel’s Black Panther which creates a futuristic African civilisation (who reside in Wakanda) which is incredibly advanced with their technology and has a superhero called Black Panther. This movie caused ripples through black and African consciousness all over the globe and highlighted the importance of representation in a modern expression.
Black history all over the globe is riddled with marginalisation and a part of Afrofuturism’s aim is to create a space for the acceptance and celebration of black consciousness and human
experience. Although Afrofuturism was once a niche genre, it has gained popularity globally thanks to visibility and representation in the media and has become a pop culture movement that inspires and empowers young people everywhere.

“Everybody is good at something” – Tim Fielder.

In Tim Fielder’s TEDx talk on Afrofuturism he discusses the importance of manifesting in this modern age, he shares his experience and career as a cartoonist and creative community leader and urges youth to search for what they are good at and to use this to manifest beautiful things in the world. He created Dieselfunk Studios and through this, created (amongst many more) the Afrofuturist comic Matty’s Rocket which he created through mixing personal ideas and images from his life and images of science fiction, he suggests that the significance of manifesting yourself takes resilience and personal insight.
Janelle Monae’s short musical film Dirty Computer explores more than just the marginalisation that comes with being black, but takes the viewer on a personal journey, with a backdrop of a futuristic/sci-fi rich imagery and ideas, of truth and self-actualisation which highlights struggles with sexuality and gender roles, self-image, representation and forced culture loss, femininity and feminism, and ultimately issues with acceptance and celebration.
Although American, this short film touches on the South African struggles of black identity and the importance of disrupting the stereotypes associated with it. In South Africa, it has been 26 years since the abolishing of Apartheid, we have one of the (if not the) most progressive constitutions in the world which act as a basis for a country of acceptance and celebration of individual culture in a fast globalising world.

It is up to us, as artists, to represent each other, to support each other, and to celebrate our differences through shared humanity, and what better way to do this than to create imagined spaces in the future where we can unpack our shared and individual humanity together? 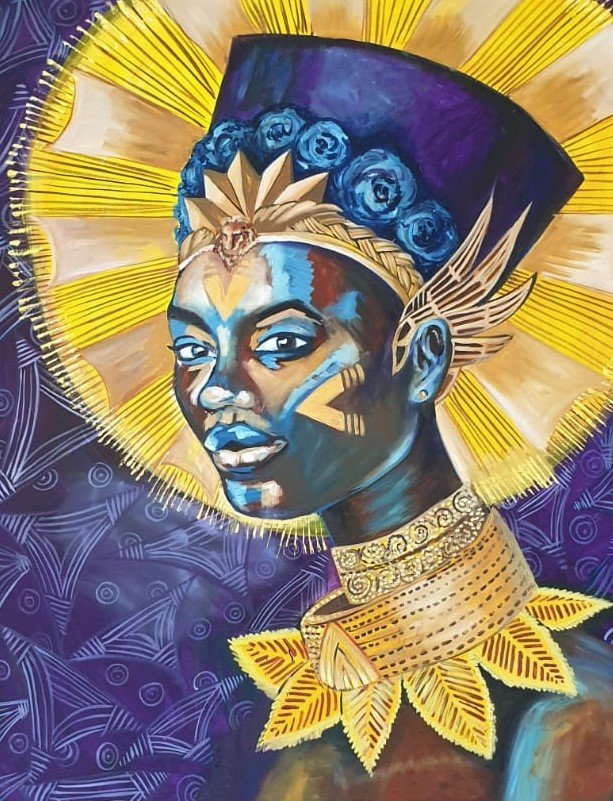